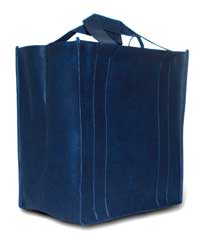 For the record, I normally use cloth bags for my shopping trips. But while vacationing with family this summer, I stopped at a chain pharmacy in Boulder, Colo., to pick up a few forgotten essentials. I decided to ask for a plastic bag to round up the apple cores, banana peels and candy wrappers that had accumulated in the car since our last stop. I was stunned when the clerk informed me that a plastic bag to hold my purchases would cost me an extra dime.

Boulder implemented the bag fee in July. The city council adopted the fee back in November 2012, but the city put off implementation for a few months to allow time to develop an education campaign and for stores to prepare.

Boulder is not alone. My limited research shows that:

Getting back to my Boulder experience: I went ahead and paid for the bag. So, where did my dime go? Boulder retailers get to keep four cents to cover their costs of administering the program. The county recycling center gets less than a penny to cover the costs of retrieving plastic bags from recycling equipment. The city uses the rest of the money collected from the fee to pay for education and outreach about reusable bags and to cover the costs of free bags that it provides. I considered it a small price to pay.