Baseball fans have probably heard of the Gold Glove Award, given annually to the top fielder at each position in each league. Did you know that Major League Baseball (MLB) also gives an annual award for the top recycler in each division? The San Francisco Giants have taken the Green Glove Award for six years in a row. In 2013 the Giants kept more than 86 percent of the total waste generated at AT&T Park from going to the landfill.

The top teams in each division and league were also recognized, along with two wild card teams from each league. The teams recognized include:

The award is based on self-reporting from each club. Major League Baseball started awarding teams in 2006 in alliance with the Natural Resources Defense Council (NRDC). 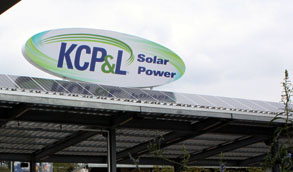 Even though the Kansas City Royals didn’t make the Green Glove list this year, they took significant sustainable steps during the 2012 All-Star game, as reported in NRDC’s Game Changer report. For example, the Royals partnered with Kansas City Power & Light to install 120 solar panels — the largest in-stadium solar array in any MLB facility. They reduced paper waste by creating an electronic media guide and using digital ticketing. And also in 2012, Kauffman Stadium improved the efficiency of the famous Kauffman fountains through a partnership with Grundfos, based in Olathe, Kan.